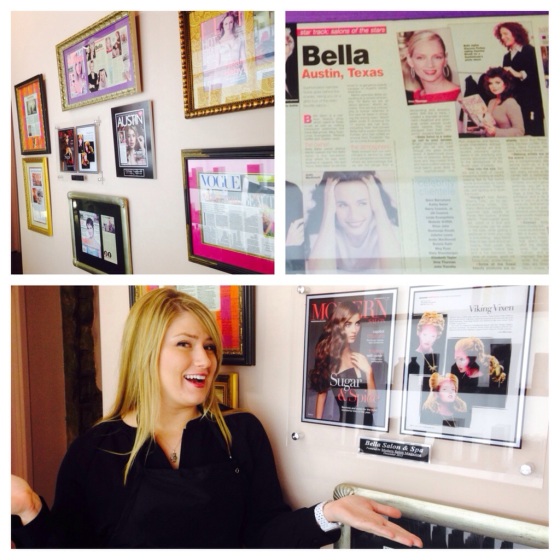 There is nothing better than making your mark in the beauty biz. Ever since I started working at Bella Salon & Spa in 2009 I have walked down the hall of fame about 20+ times a day. There is something legendary about the articles. Owner of Bella Salon & Spa Joshua Martin, Stylists Giacomo Forbes and Tiffany Hardwick-Vogelpohl are featured in these publications. Stars like Yasmine Bleeth are pictured getting their hair done at Bella Salon and Spa. Britney Spears and Winona Ryder are featured on the covers of these publications. It’s inspiring just looking at these frames. If walls could talk, huh?!

I’m so grateful to have my work on a plaque in the hall on a wall of my salon. Not to mention being nationally recognized is such a dream. I could not have done it with out the support of my salon, my family and friends.
Special thanks to photographer Steve Wampler, make-up artist Jessica Timko, model Brigid Clare Flanagan, and Oribe Hair Care.
The encouragement from the publications like these keep me reaching for the stars.